Shiba Inu coin is the newest doggy-themed cryptocurrency that is causing a lot of buzzes. The revived interest in dogecoin sparked by the Wallstreetbets subreddit at the start of 2021 infused new life into meme currencies, notably ones featuring Shiba Inu dogs.

Elon Musk was a big supporter at the time, supporting the rise of Dogecoin with a series of tweets about dogs and cryptocurrency. Let us study more about Shiba Inu coin price prediction 2025 right from the beginning.

What exactly is the Shiba Inu (SHIB) coin?

Shiba Inu Coin is actually an ERC-20 token that has grown in popularity, owing to its dog-themed environment, retail investor speculation on its price, and active community. Shib’s official Twitter account, for example, has more than 2.3 million followers, more than Cardano, Kraken, and Solana.

Shiba Inu, together with dogecoin and hundreds of other pet-themed digital assets, has been known as “meme coins” in the industry.

During the project’s initial debut in 2020, a fixed total number of 1 quintillion SHIB tokens was issued. A quintillion is a number with 15 zeros after it. Uniswap SHIB/ETH liquidity pool – a decentralized exchange where people put pairs of commodities into liquidity pools that some other buyers can trade against – held about half of the supply of Shiba Inu.

The remaining 50% of the SHIB token supply was sent to Vitalik Buterin, the founder of Ethereum, who burned the majority of them by transferring them to a defunct crypto wallet address.

The leftover tokens worth $1.2 billion were given to a relief effort in India called COVID-19, as well as other organizations.

Shibaswap, a decentralized exchange, and two more currencies, “LEASH” and “BONE,” are also part of the Shiba Inu universe. At the time of release, SHIB was selling for $0.000025, a far cry from $0.01. Despite this, its market valuation has already surpassed that of Dogecoin.

Musk intimated that he might mention Dogecoin on “Saturday Night Live” in the run-up to his presence in May. This sparked an unusual dogecoin price surge, boosting SHIB’s worth. The price of SHIB rose by approximately 2,000% in just five days.

Following Musk’s declaration that Tesla will no longer take bitcoin as a mode of cash, the coin’s price plummeted, as did the market as a whole.

When Musk released a picture and the name of his newest Shiba Inu puppy during the first few weeks of October, it regained some of its lost value.

Despite market highs and lows and epidemic setbacks, SHIB only maintained a steady rising trajectory, presenting pleasant if not encouraging patterns until it ultimately settled at 0.002511 by the end of 2021.

SHIB has been on a similar upward trajectory, reaching numerous all-time highs and repeatedly breaking its own barrier, and is expected to generate good gains in 2021.

Shiba Inu price projections predict that before the end of the year, the average cost will be $0.00008.

Because of technological advancements such as layer 2 solutions, Shiba Inu’s performance will improve in 2023, making it more economical to use than the bulk of other cryptos.

The average price is projected to be approximately $0.00015, with the highest price hovering around $0.0002.

Dogecoin will be mostly forgotten by 2024 in the crypto world, but Shiba Inu’s popularity continues to grow.

Why does buying a Shiba Inu (SHIB) coin have both advantages and disadvantages?

When purchasing a Shiba Inu coin, investors can take advantage of a number of advantages. These advantages include the capacity to utilize crypto-currency for a wide range of purposes and exceptional value for money.

Due to its unique qualities and increasing supply from digital asset traders, the Shiba Inu currency has become increasingly popular. This indicates that its worth is likely to rise in the next few years.

Shiba Inu coin investors should be aware of the hazards involved with this cryptocurrency. Volatility, exorbitant costs, and a lack of regulation are among them. Because of these causes, there will almost certainly be times when the token price fluctuates dramatically.

Amazingly, the Shiba Inu token has a bright future because of the community’s active support and as per technical analysis of the Shiba Inu Coin from 2022 to 2025.

If the price of a Shiba Inu continues to climb at its present level, it will be a fantastic investment. Moreover, Elon Musk’s Twitter mentions of the SHIB as a meme coin also help SHIB stay in the news for more huge investments. 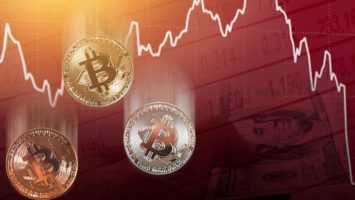 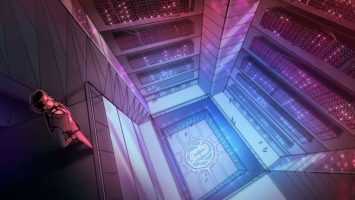